Donald Trump's travel ban on individuals from seven Muslim majority countries has been thrown into doubt by a judge who ruled that it was unlawful.

His ruling  contradicted a judgment in Boston.

Within hours of the Seattle ruling, Mr Trump's press secretary Sean Spicer issued a strongly worded statement saying that the administration would appeal what he initially described as the judge's "outrageous order". 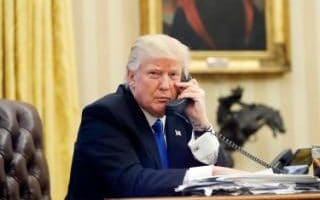 Human skulls, blood discovered at the altar inside a church in Imo .

There was great shock in Ububo -Alia, Awara in Ohaji/Egbema local government area of Imo state when 5 human skulls were discovered in a church called the Ark of Covenant Ministry.

The Authority reports that the general overseer of the church, Pastor Ngozi Odika, was beaten blue-black by irate youths of the area believed to be ex-militants. He was also said to have been beaten on the suspicion of using his church as a spiritual ground for militants who patronize him for spiritual powers.
How 5 Human Skulls Were Discovered at the Altar Inside a Popular Church in area.

According to a witness, the breeze blew when his alleged accomplice and girlfriend was caught with some fetish objects by some repentant militants from the area. She was accosted by the militants while on a errand for the pastor. When she was searched, items like human hair, animal horns and other fetish objects were found on her.

The shocked youths pounced on her, beating her mercilessly before dragging her to the pastor at the church where he was already waiting for her. The witness further disclosed that the beating continued with the pastor before he was handed to the vigilante in the area.

The witness said: “As the Pastor’s altar was later vandalised, other revela­tions emerged. In his al­tar was found 5 human heads buried alongside some other skulls of ani­mals.”

The youths also discovered a basin of blood and fingernails at a discrete area of the church. Odika was also alleged to use strands of hair of babies dedicated at the church for his devilish rituals. During interrogation by the vigilantes, the pastor confessed to being a spiritual father to the militants who come to him for various powers and other members of his church. 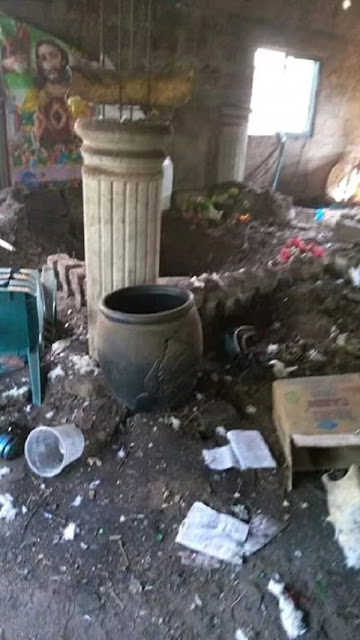 My B’Haram friends amputated my hand, leg because I wanted to renounce membership of the group

- According to Muhammad Abubakar, his fellow insurgents accused him of planning to expose them to the Nigerian government.

According to Vanguard, Muhammad Abubakar disclosed to newsmen in Maiduguri on Thursday, February 2, that his right hand and left leg were chopped off as punishment for deciding to renounce his membership of the group and embrace peace.

He said: “I had told a friend, Hassan Dan-Guduma, that I was going to surrender as the movement had no meaning to me anymore.

“Hassan Dan-Guduma initially bought my idea but later betrayed me. Shortly after our discussion, he went and came back with three others whom I am sure he must have told them about our plan to surrender.

“They said I was planning to expose them to the Nigerian Government, so they did all this to me.

“After they chopped off my right hand and left leg, they threw me into a culvert where I was left struggling, until soldiers came and rescued me.
“All I can say is that all we had been told by Boko Haram leaders,were lies and misleading. I never joined them to kill anyone."

“You can see what they did to one of their own because he decided to quit,” said Irabor.

Meanwhile, the Nigerian Army has assured citizens that bomb attacks by Boko Haram insurgents will soon end because the outfit is doing all possible to put end to them.

The army also disclosed that not fewer than 3,332 Boko Haram suspects were arrested between January 11 and February 1, 2017.

It said the coordinates used by the Nigerian Air Force in the Rann bombing were incorrect but there were Boko Haram insurgents in the area. 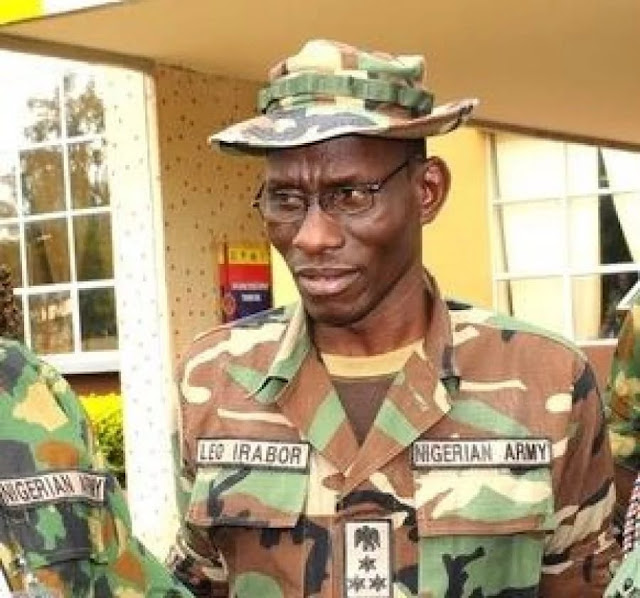 Email ThisBlogThis!Share to TwitterShare to FacebookShare to Pinterest
Labels: “All I can say is that all we had been told by Boko Haram leaders, Maj.-Gen. Lucky Irabor, said Abubakar was stil, were lies and misleading. I never joined them to kill anyone." The Theatre Commander

This was disclosed in a press release by the White House press secretary on Thursday, February 2.

In the press statement, President Trump highlighted the contributions African Americans have made to US, adding that they are an integral part of society.

According to President Trump, African Americans have embodied the shared progress of US over generations.

Trump said that they have made America a better place to live and work for everybody. 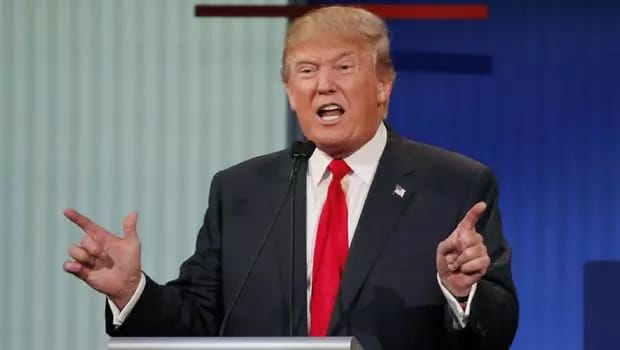 A Nigerian soldier, Egbechi Oze, has been sentenced to jail by an army general court martial sitting in Maiduguri, Borno state after he fled his duty post.

Premium Times reports that the private was absent for 270 days when he fled his post because of Boko Haram and took refuge in a state in the south east.

The soldier was among those that were recorded as missing after Boko Haram terrorists attacked a military base in Gwoza.

The court said that in spite of the fact that Oze had abandoned his duty post for almost a year, he still continued to enjoy his benefits.

He was charged for not accounting for his rifle and cache of ammunitions he signed to be in his possession during the attack on Gwoza but was acquitted of the charges.

This was because he lost possession of them when he was abducted by Boko Haram before soldiers finally attacked the place.

He was sentenced to 14 months in prison and the court reiterated that he stands a chance of dismissal and refusal to be readmitted into the army for his court martial.

The Obama administration struck a deal with Australia to take 1250 genuine refugees from Nauru and Manus Island.

Trump however objected to the agreement over the US receiving refugees. He was said to have insisted it was a very bad deal for the US to take.

In one of his characteristics tweets, Trump criticized the Obama administration, saying: “Do you believe it? The Obama Administration agreed to take thousands of illegal immigrants from Australia. Why? I will study this dumb deal!” 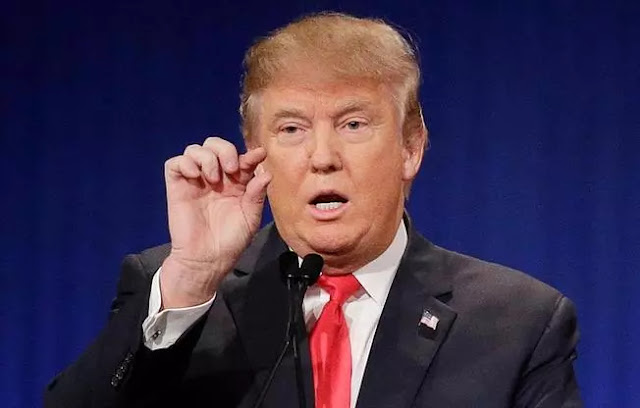 If claims Professor Francis Otunta are anything to go by, then, Michael Okpara University of Agriculture, might have discovered a drug for the treatment and cure of HIV/AIDS.

The Vice Chancellor of the institution located at Umudike in Abia state, has announced the discovery of a drug which he claims is potent in the cure of the epidemic.

Otunta told newsmen at the university campus on Wednesday, February 1, that the finding followed years of scientific research by the institution.

He said that the breakthrough was made by Prof Maduike Ezeibe, a researcher in the university.

According to him, Ezeibe had presented the drug to the University management, Senate and Council, where he explained the processes he went through to arrive at his finding. 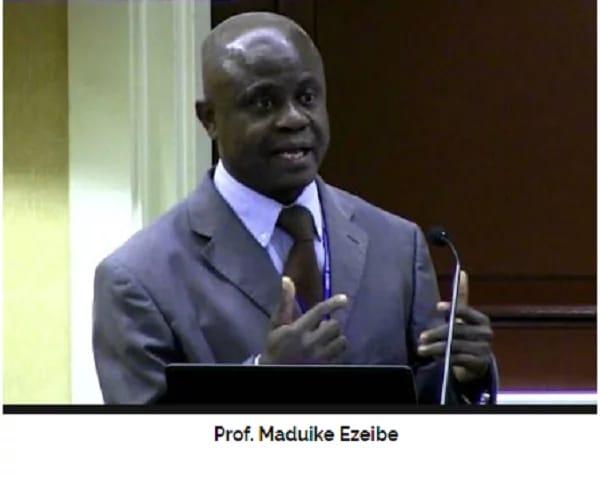